While there is no single approach to integrating adaptation considerations across sectors, concrete examples of integration are emerging as more countries pursue NAP processes. Participants in the NAP Global Network’s first Targeted Topics Forum (TTF), including national climate change focal points and representatives working in climate-sensitive sectors in developing countries, shared a range of such examples.

A spectrum of approaches to cross-sector integration of adaptation emerged based on the experiences that they shared (see figure below). Some countries, such as the Philippines, started with the development of a national framework for addressing adaptation; in other countries, such as Grenada, sectors had already begun integrating adaptation considerations into their planning, and the NAP process was an opportunity for stocktaking and coordination to define national priorities. Countries like Brazil, Jamaica, and Albania took a hybrid approach, simultaneously considering adaptation at the national level and in sector-specific planning. In all these cases, varying combinations of initiatives by sectors and national climate change focal points are driving integration, with a strong coordination function present across the range of approaches. The following provides some additional details on five cases shared during the NAP Global Network’s first TTF, describing in greater depth how each falls along the spectrum below. 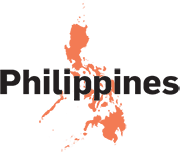 Adaptation is simultaneously considered at the national level and in sector-specific planning. Inititating integration requires coordination of national and sectoral initiatives to ensure coherence and cohesion in the policy community.

Grenada falls close to the “sector-driven” end of the spectrum. In this small island developing country, various sectors had already begun integrating adaptation considerations into strategies and plans with the support from the Environment Division in the Ministry of Agriculture, Lands, Forestry, Fisheries and the Environment and development partners, but a coordinated and coherent approach at the national level was missing. Through the NAP process, Grenada is taking stock of ongoing adaptation efforts to identify gaps and priorities for climate proofing its national development plan.

In Brazil, stakeholders from relevant sectors participated in consultations that informed the inclusion of short chapters on sector-specific priorities in the national adaptation policy document that the country has developed. Sectors are expected to make further contributions to integration of adaptation considerations into their respective strategies based on these priorities.

Albania is closer to the “nationally driven” end of the spectrum: the country will develop an umbrella document by the end of 2015 to provide national-level policy orientation on mainstreaming climate change adaptation. The document will include priority areas for adaptation, provide concrete conceptual steps and tools for mainstreaming, and identify steps for accessing national and international climate finance for implementation. Sectors are expected to use this document to bolster efforts to integrate adaptation considerations into their own plans and policies.

The Philippines is an example that falls at the “nationally-driven” end of the spectrum. The country developed a National Climate Change Action Plan that outlines national long-term program and strategies for adaptation in line with its national development plan. The Philippine Climate Change Commission coordinates involvement of stakeholders from relevant national agencies and ministries. The Philippines also created a “People’s Survival Fund Board” to finance adaptation programs and projects of local government units and communities in support of climate change priorities.

This spectrum of approaches to integration of adaptation demonstrates how the non-prescriptive NAP process can lead to a common outcome (integration) via varying country-specific pathways.