BOGOTA, May 17, 2017—Colombian government officials are meeting this week to discuss putting the national climate change adaptation plan into action.

“By coming together to identify challenges and opportunities through this National Adaptation Plan Assembly, we can collaborate to urgently foster resilience to climate shocks and stresses,” said Mariana Rojas Laserna, director of the climate change division of Colombia’s Ministry of the Environment and Sustainable Development.

Last month, Colombia’s Minister of Environment and Sustainable Development Luis Gilberto Murillo told Reuters that “close to 12 million people are in high-risk conditions” from natural disasters such as flooding and landslides.

The NAP process was created by the United Nations as an opportunity for countries to plan for robust, sustainable development in the face of climate change. The Paris Agreement calls on all countries to engage in NAP processes, and each country’s NAP is driven by its unique adaptation needs. 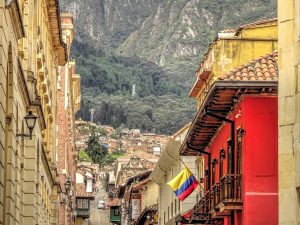 “The NAP Assembly will help ensure that the climate change adaptation strategy put in place by the Colombian government can translate into effective actions at the regional and national levels,” said Todd Hamner, USAID Colombia. “By bringing together representatives from different sectors and geographical areas, the NAP Assembly will be an important opportunity to connect adaptation efforts across the regional and national levels.”

The NAP process is the key strategic framework for the achievement of developing country adaptation goals. Acknowledging the importance of a coordinated approach to adaptation across sectors and government levels, the U.S. government is providing in-country support to NAP implementation in Colombia through the NAP Global Network to contribute to a more climate-resilient future. The US In-Country Support Program is managed by the International Institute for Sustainable Development (IISD), host of the NAP Global Network secretariat. It was developed in collaboration with USAID representatives in the region and in Washington D.C.