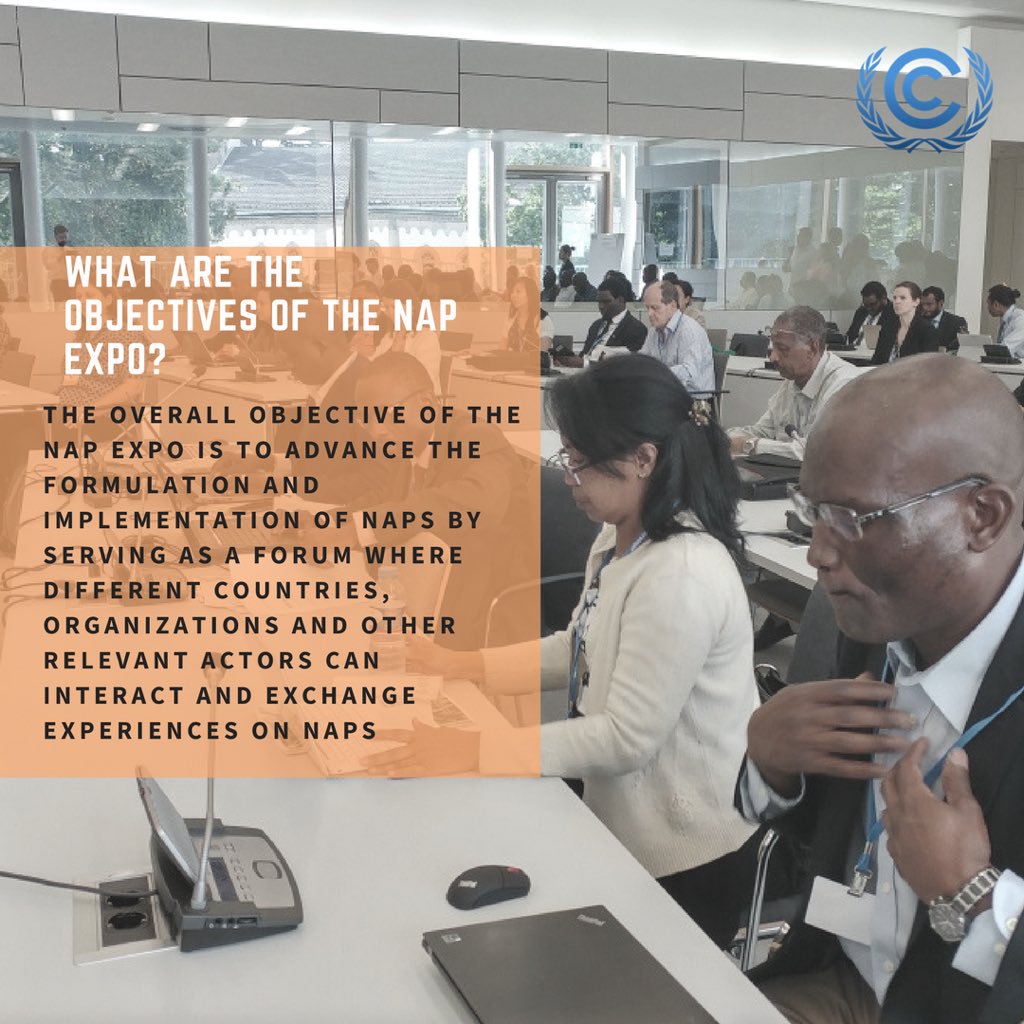 In recent years, municipal, local and regional governments’ voices have been heard loud and clear in climate change negotiations. But what is their role in the national adaptation planning process?

Exciting conversations about answering this question took place at the recent NAP Expo—an annual outreach event organized by the Least Developed Countries Expert Group (LEG) under the UN Framework Convention on Climate Change (UNFCCC) to promote exchange of experiences and foster partnerships between a wide range of actors and stakeholders on how to advance National Adaptation Plans (NAPs). This year was the 5th NAP Expo, and it took place for the first time in a developing country, in Sharm el Sheikh, Egypt.

Since 1950, the number of people living in towns and cities has grown to more than five times the total of people living in rural areas. The trend suggests that by 2050 two thirds of humanity will live in urban areas. Urban decision-makers will need to be consulted and involved in the national adaptation plan processes and risk-reduction strategies, even more in developing and least developed countries which are—and will remain—especially vulnerable to the adverse effects of climate change.

One good example of how urban decision-makers can take the lead in the adaptation planning process is Dr. Manuel Araujo, Mayor of Quelimane, Mozambique and Vice-President of ICLEI Africa. Quelimane is the administrative capital of Zambezia Province, which is Mozambique’s second-most populous.

In an interview with Dr. Araujo at NAP Expo 2018, we discussed the reason why cities and urban stakeholders should now be the protagonists of the national adaptation planning. “City governments have the legitimacy that comes from proximity: We are the closest institution that can cope with emergencies and issues when there is a disaster,” says Dr. Araujo.

In developing countries including Peru, Indonesia, El Salvador and Nepal, local governments are already playing an important role dealing with risk reduction and natural disasters, and working to build resilient cities, communities and nations. Resilient cities need better and more successful collaboration between local and national governments, civil society organizations and international agencies. This must be reflected and encouraged during the national adaptation planning process.

Alongside the NAP processes, many cities, municipalities and towns are also engaging in their own adaptation planning processes.

The city of Quelimane is a very good example. “In the case of my city, we’ve been in the forefront of the NAP process because we were one of the first cities in Mozambique to have a Local Adaptation Plan,” says Dr. Araujo. “We have been sharing our experience with other municipalities and cities within our province, and also nationwide. We managed to sign with the National Association of Mayors in Mozambique, so they can adopt our example as a good practice.”

Quelimane City, as one of the best practices of the region, has been supported by UN-Habitat on this and other projects, encouraging Dr. Araujo to share his experience in other regions.

Mozambique officially launched the NAP process in December 2016 as a part of the nation’s preparation to update its Nationally Determined Contribution. The country’s National Strategy for Adaptation and Mitigation to Climate Change (2013-2025) has a strong focus on “local adaptation plans, land-use planning, raising public awareness, establishing a climate change knowledge center and developing climate change indicators for a monitoring and evaluation framework.”

Manuel Araujo, Mayor of the City of Quelimane, Mozambique, speaks on how the population growth in the last years has led to increased vulnerability to climate risks as a result of the construction of low quality and irregular settlements. pic.twitter.com/FDKeMBoM5Y

Egypt: How a participatory approach can make a difference!

Cities are also growing at a very fast rate in countries like Egypt, which hosted the NAP Expo 2018. The Arab region experienced 400 per cent urban growth between 1970 and 2010.

Saber Osman, Climate Change Adaptation Manager of Egypt’s Ministry of Environment, noted at NAP Expo that “the trend of migration from rural to urban areas is increasing not only in Egypt, but around the whole world.” Egypt’s urban centres have seen their population increase by almost 4 per cent annually and Cairo, the capital, has an approximate population of 19,128,000 (as of 2016), and is one of the 10 most populous cities in the world.

Large cities like Cairo are vulnerable to climate change impacts.

“The Ministry of Environment of Egypt is now working with partners such as UN-Habitat and the German Development Agency (GIZ), to address climate change impacts and improve the adaptive capacity and socioeconomic conditions of population in urban areas and informal settlements around the Greater Cairo Region,” says Mr. Osman. Greater Cairo Region is the largest metropolitan area in Egypt and the world’s 18th largest metropolitan area in the world.

When people feel ownership of the project, Saber Osman said that they spread the word and start convincing the rest of the community to implement the project. This Participatory Development Programme in Urban Areas (PDP) (2010-2018) is one of the many sectoral adaptation projects have been implemented within the last 10 years as part of the adaptation planning efforts.

Egypt has lot of good experiences to share when talking about national adaptation planning. The National Council of Climate Change (NCCC) established in 2015 is leading the NAP process, and in November 2017, an Adaptation Task Force was established to serve as the operational arm of the NCCC. In June 2017, Egypt submitted the Green Climate Fund NAP Readiness Project Proposal.

Next Steps: How can other cities and centres get involved in the NAPs?

The NAP process is a very open and flexible nationwide effort to build adaptive capacity to cope with climate change and is open to actors from all levels and sectors. Many countries have expressed interest in taking a closer look at human settlements and urban issues in their adaptation planning processes, and the UNFCCC secretariat has just released a report on adaptation in human settlements.

UN-Habitat and UNFCCC together with several partners and countries are currently developing supplementary guidance to integrate Human settlements and cities issues and actors into the National Adaptation Plan processes and is support a number of countries in piloting these efforts.