TIRANA, JUNE 29, 2016 — The Albanian government has launched its National Adaptation Plan (NAP) to prepare for the impacts of climate change. 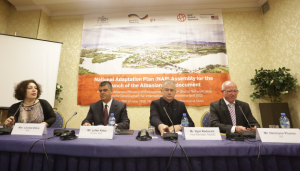 “We are very pleased to launch Albania’s National Adaptation Plan, which represents a collaborative vision for protecting Albanian communities from the threats posed by a changing climate,” said Laureta Dibra, Head of Air, Climate Change and Chemical Sector in Albania’s Ministry of the Environment. “Today’s NAP Assembly is an opportunity for key stakeholders in Albania, including bilateral donors, to talk about the next steps for putting this plan for climate-resilient development into action.”

To mark the launch, Albania is holding a NAP Assembly to bring together the key in-country actors to discuss how to implement the plan. The Assembly is co-hosted by Albania’s Ministry of Environment, Germany’s Deutsche Gesellschaft für Internationale Zusammenarbeit (GIZ) GmbH, and the NAP Global Network (funded by the U.S. State Dept. and Germany’s Federal Ministry of Economic Cooperation and Development BMZ). International representatives from the Philippines and Grenada—peers who also participate in the NAP Global Network—will join for the event to share their experiences with putting national adaptation planning into action.

“It has been exciting to see the work being done on NAP processes by our international colleagues involved in the NAP Global Network, and we look forward to sharing the lessons we have learned through our own experience,” said Dibra.

The NAP process was created by the United Nations as an opportunity for countries to plan for robust, sustainable development in the face of climate stress. The Paris Agreement calls on all countries to engage in NAP processes, and each country’s NAP is driven by its unique adaptation needs. Over the past 15 years, the World Bank reports that climate impacts affecting Albania have included increasing temperatures, less precipitation, and more frequent extreme events like floods and droughts.

“Germany has been very engaged in supporting Albania throughout its NAP process,“ said Merita Meksi, GIZ. “We are committed to support Ministry of Environment in building capacities as well as coming up with a financing strategy for the NAP document. There is a need for extensive fundraising and support for the sector, thus we look forward to coordinating our efforts with other bilateral or multilateral agencies through this NAP Assembly to ensure a highly successful outcome for implementing this plan.”

Albanian government officials from the Ministries of Environment, Urban Development, and the Prime Minister’s Office have participated in the NAP Global Network’s international workshops on NAP process best practices with a cohort of peers from ten developing countries working on NAP processes and representatives from development partner agencies.

Albania is the first country to host a NAP Assembly with support from the NAP Global Network, which is designed to build in-country support for the NAP process, ensure priorities identified in the NAP process guide how development support is used to put planning into action,  and promote coordination of development assistance at the country level.

“The United States is very pleased to support Albania’s NAP through participation in the NAP Global Network,“ said Alken Myftiu, USAID Albania. “We are confident that this NAP Assembly will support concrete next steps for climate change adaptation, and we look forward to sharing Albania’s lessons learned with international peers working on their countries’ NAP process through the Network.”

For more information on participating in the NAP Global Network, please visit: www.napglobalnetwork.org

The NAP Global Network was created in 2014 to enhance support for national adaptation planning through peer learning and exchange, improved coordination, and supporting national level action on NAP development and implementation. The Network’s participants include representatives of bilateral donors, as well as participants from nearly 30 developing countries involved in creating and implementing national adaptation plans. Initial funding for the Network is provided by the United States and Germany. The Secretariat is hosted by the International Institute for Sustainable Development (IISD). 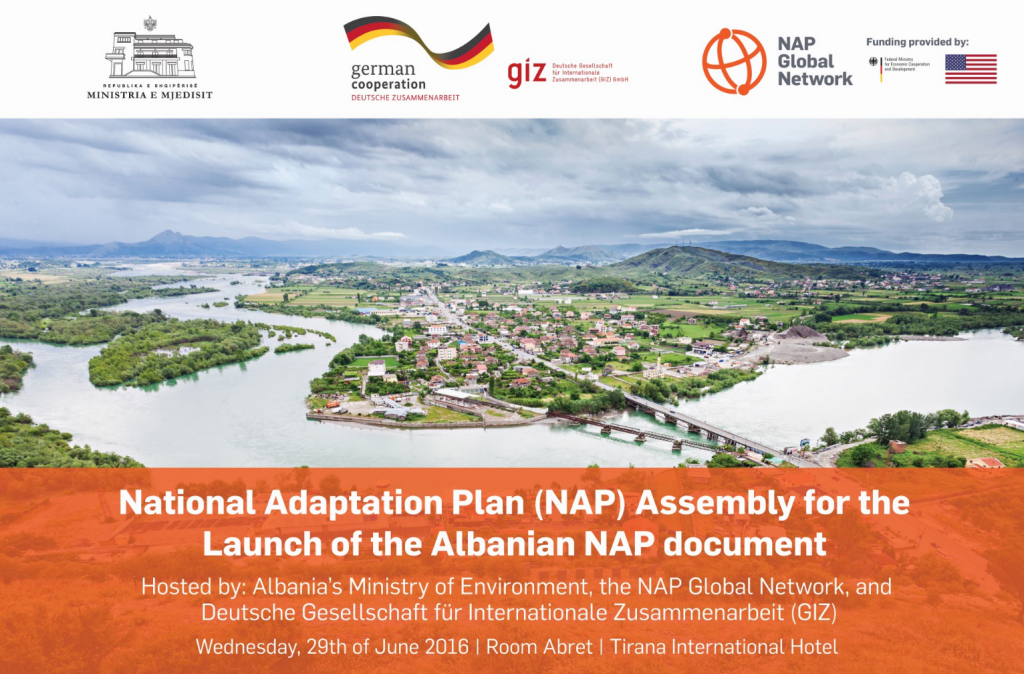