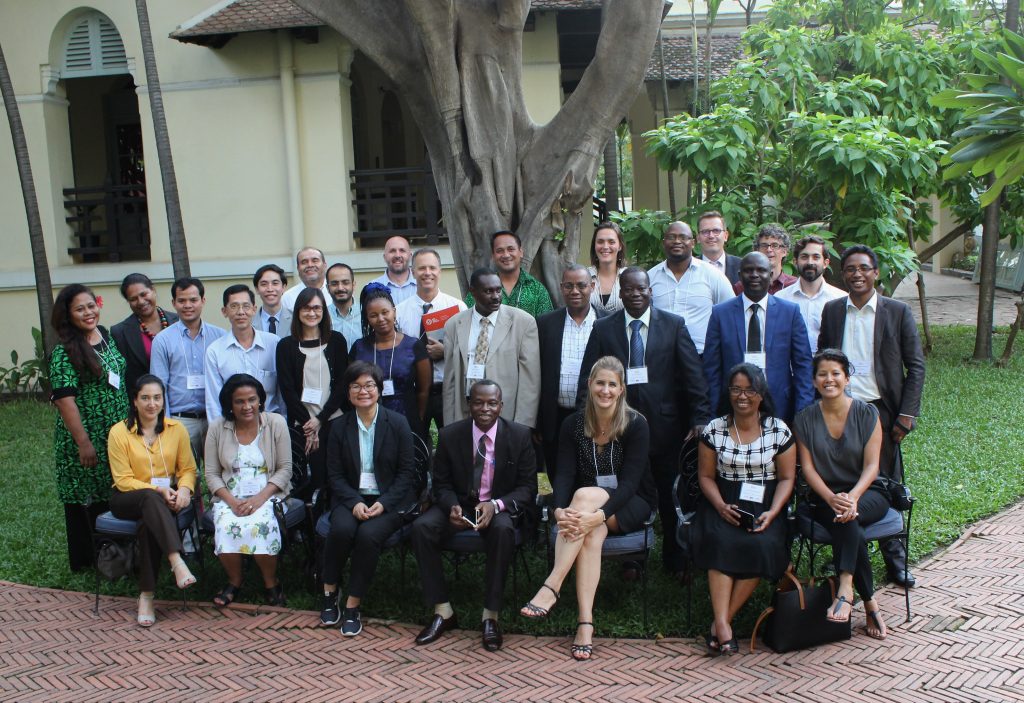 We recently held a Targeted Topics Forum (TTF) on the theme of “Integration and High-Level Political Support in the National Adaptation Plan (NAP) Process” in Phnom Penh, from September 21-23, 2016.

The TTF brought together over 30 participants representing 9 countries and five organizations to learn from one another about building political support for the NAP process, vertical integration of adaptation planning across different levels of government, and integrating adaptation into sectoral plans and action.

Presentations from this forum are available below or can be downloaded in PDF here.

We were honoured to have this forum opened by His Excellency Eang Sophalleth, Under Secretary of State for the Kingdom of Cambodia; Ms. Ludgera Klemp, Embassy of the Federal Republic of Germany; and Mr. Samuel Downing, United States Embassy in Cambodia. Read our news release in English, or Khmer-language coverage: ប្រទេសដៃគូអភិវឌ្ឍន៍ ជួបពិភាក្សាគ្នា បង្កើនកិច្ចគាំទ្រ ផ្នែកគោលនយោបាយ និងការបញ្ជ្រាប ទៅក្នុងដំណើរការ ផែនការជាតិបន្ស៊ាំ

Vertical Integration: Why, What, How? | Aditya Bahadur, Action on Climate Today

.@AdiBahadur from @act_climate speaking on vertical integration of NAPs and sub-national adaptation plans at our forum in Phnom Penh pic.twitter.com/bNcs9AJ644

The peer group of adaptation planners who met at this TTF will reconvene next year to share lessons on another key topic that came up in many discussions at this forum: options to finance implementation of National Adaptation Plans.