In 2019, as part of India’s efforts to adapt to climate change, the Indian Ministry of Environment Forests and Climate Change (MoEFCC) developed guidelines for revising State Action Plans on Climate Change (SAPCCs) for all the Indian states. The guidelines offer a strategic approach to revisiting SAPCCs in light of new climate science and projections, as well as the country’s commitments under its Nationally Determined Contribution (NDC). Originally prepared during 2010–2014, SAPCCs have been key milestones and guiding documents for planning climate change adaptation at the subnational level in India.

The Government of India invests huge financial resources in development efforts for agriculture, water, and other priority sectors. However, most of these schemes are designed without considering climate risks. Hence, they sometimes fail to achieve the intended developmental benefits. As climate change impacts become more evident and climate change-induced extreme weather events become more intense and frequent, it is important to integrate climate change adaptation into development plans and policies (such as a rural employment guarantee scheme, a scheme for improving irrigation, and watershed management programs). This process of mainstreaming adaptation has the potential to improve the resilience of development outcomes, enhance community resilience to climate change impacts, and safeguard investments.

Today, SAPCCs are the primary vehicles for adaptation action at the state level. However, the implementation of SAPCCs has been a challenge due to a lack of dedicated funding. Revised SAPCC documents focus on a mainstreaming approach (as provided in MoEFCC guidelines) to integrate adaptation into sectoral development plans, schemes, programs, and policies and to support the localization of adaptation strategies as a potential way forward for SAPCC implementation.

Mainstreaming can have multiple entry points and requires coordination among stakeholders, institutions, and processes, along with access to climate information and services. Four Indian states have demonstrated mainstreaming approaches at the local level by integrating adaptation into village and district planning processes to allow funds to be leveraged from local budgets. This leads to a strategic approach to implementing state-level priorities (vertical integration).

In the Himalayan state of Himachal Pradesh, the Department of Science and Technology demonstrated a mainstreaming approach through the Watershed Management to Reduce Vulnerability and Enhance Resilience of Rain-Fed Agriculture Dependent Communities in Drought Prone Area[1] intervention in Kandrour Village in the Bilaspur district between 2017 and 2019.

The project supported farmers and villagers in managing their water resources sustainably and improving their agriculture yields, in spite of climate change impacts such as the reduced number of rainy days, reduced water availability, and extended dry days. The project trained farmers and villagers to enhance their water storage capacity for use in extended dry periods, prevent soil erosion and landslides, and promote drought-resistant crop varieties supported.

These interventions were incorporated into district and village plans through a resolution of the Gram Sabha for 2019 (village council). This experience has shown that successful mainstreaming can be advanced through five key factors, described below:

One of the overarching goals of India’s National Action Plan on Climate Change and NDC for adaptation is to achieve development goals by mainstreaming adaptation into development. In this regard, SAPCCs serve as a key policy framework half-way between the national-level goals and realities on the ground. This makes SAPCCs relevant for achieving the overall goals and targets at the national level while decentralizing the efforts to districts and villages. Once the current process of revising the SAPCCs is accomplished, renewed efforts must be made to downscale the SAPCC to the district level. The localization of SAPCCs to the district level will offer a roadmap for state and national programs and will provide an entry point for strengthening decentralized climate governance. For efficient localization, continued cross-sectoral coordination, stakeholder engagement and capacity building both horizontally and vertically across all levels of governance will ensure the implementation of SAPCCs in an inclusive and participatory manner.

There is no one-size-fits-all approach to adaptation planning. Our experience of working on implementing India’s SAPCCs at the local level has shown the number of benefits of supporting decentralized planning and community participation, by easing the convergence of funds for various sectoral schemes/programs and providing co-benefits with developmental goals. 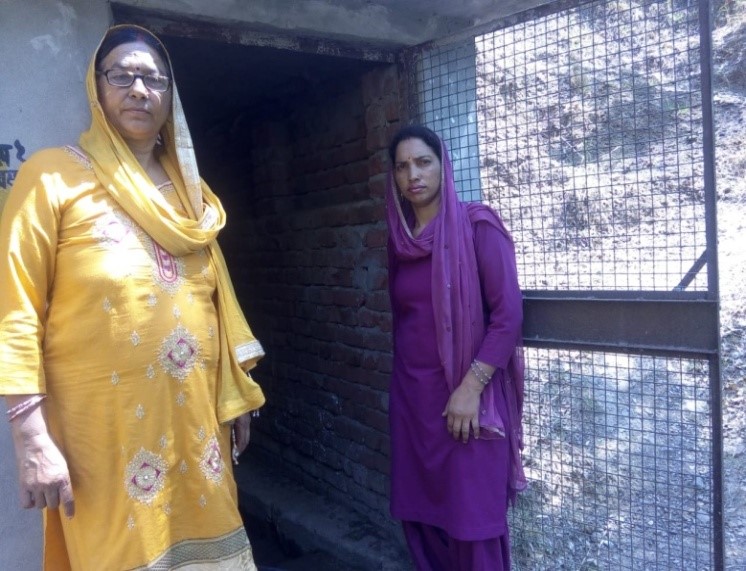 I am an Anganwadi (rural child-care centre) worker in Kandraur Village. Baolis (traditional wells) are an important source of drinking water in our village. There is a baoli near my house, but it is damaged and the water is not suitable for drinking. Under the CCA RAI [Climate Change Adaptation in Rural Areas of India] project, I understood how climate change is affecting our daily lives. Water is becoming a scarce resource. Earlier, the rainfall was enough to refill the ground water, and water was easily available in government-installed handpumps. However, now the condition is getting worse every year. With multiple interactions and training programs held by projects in our village, I got the confidence to raise the issue in the panchayat. We discussed the water situation in the village panchayat at lengths and came to a solution that the baolis need repair. The panchayat approved the project, and recently the district administration has also released funds for the same. The baoli near my house has the potential to provide drinking water to 20 households nearby. 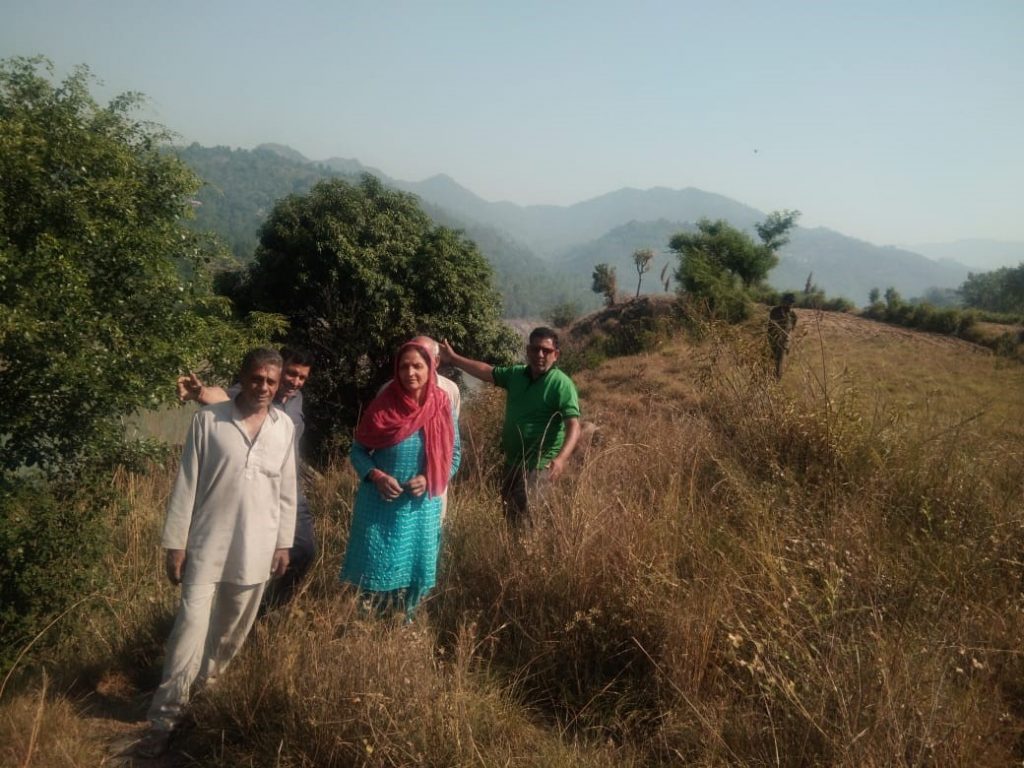 I am a farmer in Kandraur Village. The base of my farmland is near the river Satluj and is barren. During monsoons, the water levels in the river Satluj rise and erode the base of the farmland. Every year, I and other farmers lose some part of our land to erosion. If trees are planted on that land, our farms can be protected from erosion. The planting of trees is also expected to provide fodder for cattle and livelihood opportunities for the landless.

Under the CCA RAI [Climate Change Adaptation in Rural Areas of India] project, I raised the issue during village meetings and in the panchayat. The concerned farmers joined me, and we got approval for the plantation on the forest land. The funds have been released by the district administration, and we expect to start a plantation drive from June 2019.

1 This intervention was realized as part of an Indo-German bi-lateral cooperation project called Climate Change Adaptation in Rural Areas of India (CCA RAI)  that was funded by the German Federal Ministry for Economic Cooperation and Development (BMZ) and implemented by GIZ India, in partnership with MoEFCC, the Government of India, and state nodal agencies on climate change in Himachal Pradesh, Punjab, Tamil Nadu, and Telangana.