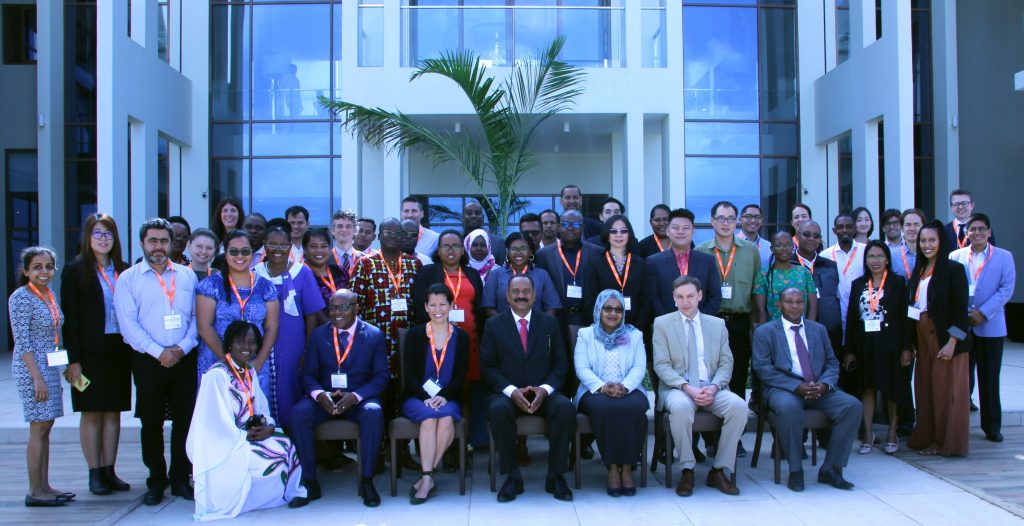 ZANZIBAR, February 12, 2019 — Experts from 13 developing countries are meeting this week in Zanzibar to share lessons on preparing for climate change impacts.

The Targeted Topics Forum (TTF) opened today, co-hosted by the Government of the United Republic of Tanzania and the National Adaptation Plan (NAP) Global Network, bringing together representatives from countries that are developing and implementing national plans to adapt to climate change.

As the host country for this international forum, the United Republic of Tanzania emphasized the importance of taking action on climate change adaptation.

The NAP process is an opportunity for countries to plan for sustainable development in the face of climate change. Each country’s NAP is driven by its unique adaptation needs.

TTFs are a series of events hosted by the NAP Global Network to contribute to advancing the global adaptation goals outlined in the Paris Agreement. The forums bring together adaptation planners from developing countries to learn and exchange with peers on key topics related to the NAP process, alongside staff from development partner agencies and technical experts.

“The momentum behind national adaptation planning has been growing steadily over the past few years, and the UNFCCC reported in December that 91 developing countries have now launched their National Adaptation Plan processes,” said Anne Hammill, Director of the NAP Global Network. “Good planning leads to effective action. And as more and more countries move from planning to implementation, good practices and lessons must be shared so that we don’t lose this momentum. That’s the purpose of these Targeted Topics Forums.”

Clear, purposeful communication with government and non-government stakeholders throughout the NAP process is critical to reflecting the priorities of the diverse groups and individuals affected by climate change. This year’s TTF is emphasizing a strategic approach to communicating about climate change adaptation to improve how governments engage citizens throughout their NAP process.

Unavoidable carbon emissions created by this event are being offset through the UNFCCC’s Carbon Neutral Now initiative.

The NAP Global Network was created in 2014 to support developing countries in advancing their NAP processes and help accelerate adaptation efforts around the world. To achieve this, the Network facilitates sustained South–South peer learning and exchange, supports national-level action on NAP development and implementation, and enhances bilateral support for adaptation and climate-sensitive sectors through donor coordination. The Network’s members include participants from more than 110 countries involved in developing and implementing National Adaptation Plans, as well as 11 bilateral donors. Financial support for the Network has been provided by Austria, Canada, Germany and the United States. The Secretariat is hosted by the International Institute for Sustainable Development (IISD). For more information, visit www.napglobalnetwork.org.