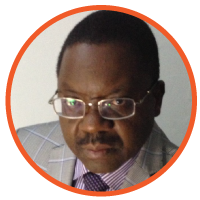 Globally, climate change has been recognized as one of the biggest challenges that humanity is facing today. It has serious worldwide implications on economic development, food security and poverty eradication for developing countries, especially for least-developed countries like Malawi. All of Malawi’s socioeconomic sectors have been, and will continue to be, affected by climate change impacts, with serious implications for the livelihoods of its population and social and economic development.

The government launched its National Adaptation Plan (NAP) process with the objective of reducing its vulnerability to the impacts of climate change. It plans to build adaptive capacity and resilience, as well as facilitate the integration of climate change adaptation in a coherent manner into relevant new and existing policies, programs and activities of national development.

The Malawi NAP process was officially launched on September 2, 2014. Immediately thereafter, a series of workshops was conducted across the country to build capacity and raise awareness on the process. In 2016 Malawi conducted a NAP stocktaking exercise, which produced a baseline upon which the NAP process will be built. It identified available information on climate change impacts, vulnerability and adaptation, and assessed gaps and needs in the enabling environment for the NAP process. In the same year, Malawi developed and adopted its NAP Roadmap, which was a comprehensive approach to the NAP development process. The roadmap defined the NAP vision, mandates, institutional structure, and the anticipated outputs and outcomes of the process.

In 2017 the country developed a NAP readiness proposal and submitted it to the Green Climate Fund for funding consideration. The Green Climate Fund has since approved the proposal, and a project entitled Advancing the NAP Process: Climate Resilience for Sustainable Development in Malawi is expected to start soon. Some of the key outputs of this project will be: (i) enhanced institutional coordination, (ii) strengthened capacity of Malawi’s government at all levels to implement a NAP process, (iii) nationally agreed adaptation targets that will be mainstreamed into sectoral strategies, and (iv) promotion of private sector engagement in businesses that will meet market demand for adaptation technologies and services.

Malawi’s NAP Framework: What’s in it?

Championed by the Environmental Affairs Department in the Ministry of Environment, Natural Resources and Energy, and with support from the NAP Global Network’s Country Support Hub, the Government of Malawi has prepared its NAP Framework to guide and advance the NAP process. It builds on the NAP Roadmap, and validates and updates the vision, mandates and institutional struct ure of the NAP process.

The NAP Vision for Malawi is “a country with people, ecosystems and infrastructure that are resilient and have adaptive capacity to the impacts of climate change.” The NAP framework further establishes the following approaches for the NAP process: horizontal and vertical integration, community-based participatory approach, evidence-based approach, gender and human rights approach, and leveraging the private sector. It also prescribes six principles that will guide the NAP process: sustainable development, uplifting the poor and the vulnerable, gender, participation and ownership, incorporating traditional and Indigenous knowledge, and financial accountability and integrity. Finally, the framework validates the four building blocks for the NAP process that were identified in the NAP Roadmap: national development strategies, capacity development, knowledge and information management, and sustainability and partnerships.

The development of this NAP Framework has involved two processes: (i) an in-depth desk-based review of relevant climate policy documents and (ii) stakeholder consultations. Documents that were reviewed included the NAP Stocktaking report, the NAP Roadmap, policy briefs and NAP frameworks from other countries. Twenty-one government and institutional stakeholders were consulted, including government ministries and departments, parastatal institutions, non-governmental organizations, private sector, academia and the donor community. A one-day stakeholder validation workshop was conducted to seek feedback on the contents of the framework. The workshop drew participants from 16 institutions from government, non-governmental organizations, civil society organizations, academia and the youth. Government participants were from the National Planning Commission, the Ministry of Finance, Economic Planning and Development, the Ministry of Health and Population, the Department of Climate Change and Meteorological Services, the Department of Water Resources, the Department of Fisheries and the Department of Disaster Management Affairs.

Following the development of the NAP Framework, the NAP process will be advanced through a series of activities, including developing tools and capacity for coordination and execution of the NAP process, undertaking stakeholder engagement and capacity development, establishing and building capacity of Expert Working Groups, carrying out climate change risk and vulnerability assessments, and, most crucially, integrating NAP adaptation priorities in ministry spending plans. Finally, the NAP itself will be formulated and published alongside its implementation strategy. This framework will go a long way to ensuring that Malawi successfully implements its climate change adaptation and fulfills its commitment to the Paris Agreement.

Any opinions stated in this blog post are those of the author(s) and do not necessarily reflect the policies or opinions of the NAP Global Network, its funders, or Network participants.