As with any new policy that has relevant impacts in several sectors of the economy at once—as is the case with climate change adaptation—a transitional period is required to understand the complexity of the process and the risks associated with it, as well as to reflect on how to improve the process in future.  This understanding is needed before countries embed policies within the national system.

In cooperation with the budget department of the Ministry of Finance, the climate change division initially addressed the completion of the legal framework, strengthening the institutional structures and raising capacities at the same time as integrating climate adaptation measures into the Medium-Term Budget Process (MTBP) 2018–2020. 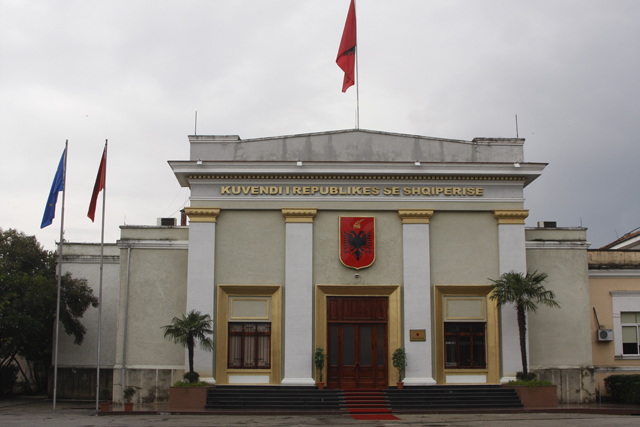 The government also wanted to ensure new policies were proven and credible, and so initiated a pilot exercise in seven budget programs managed by four line ministries—the Ministries of Agriculture, Interior, Environment and Urban Development.

This pilot exercise sought to ensure the successful implementation of the national adaptation plan (NAP) process in the long term, identifying lessons learned that would serve as a reference for the future rollout.

The preparation of the cross-sectoral strategy for climate change has been completed together with the national adaptation and mitigation plans and the draft law on climate change (currently in the discussion process before government adoption).

The obligation of the ministries to identify climate adaptation measures at the program/objective/project/product and activity level became part of the annual guideline for the preparation of MTBP 2018–2020 issued by the Minister of Finance.

Between March and May 2017 (as the first phase of MTBP process), climate adaptation-related prevention and resilience measures were identified among existing government program policies and projects, and additional adaptation outputs were set.

What counts as adaptation?

To successfully integrate climate change adaptation, the process depends on the professional capacities of both budget and policy officers, the political support of line ministries, as well as on technical assistance.

Climate adaptation was eventually integrated in Albania at the levels of:

Other ministries will be involved in the process once the legal framework is completed and capacities are improved in term of planning and programming.

The NAP document will serve as a risk-management plan (which includes identification of priority actions and assessment of adaptation) and as the main reference to the budget and policy officers during the revision of MTBP of the respective sectors.

Tracking and reporting progress on the climate adaptation pilot

In addition to the pilot exercise outlined above, further negotiations with the Ministry of Finance were developed to improve tracking and reporting of climate adaptation expenditures.

The actual data is currently reported against budget according to government functions, programs, projects, funding type and nature of the expenditure. During the next three years, the Ministry of Finance will upgrade the existing government financial system in a new Financial Management Information System (AFMIS), integrating medium-term planning and monitoring as well as the project-management process. This will likely be accompanied by the improvement of budget classification and/or multi-dimensional public chart of accounts to ensure tracking and reporting public expenditures by activity and output levels as well.

It is important that reporting on actual data related to climate adaptation expenditures relies on the existing budget framework and national reporting systems. Creating a parallel framework for any new cross-sector government policy is undesirable, as it could cause discrepancies, since the annual budget reporting obligation prevails over other reporting obligations.

Will the pilot lead to a multi-sectoral government program on climate change?

By reporting on climate costs through the medium-term budget, the Government of Albania can demonstrate its commitment to climate action and show that there is a business case for climate adaptation.

The data from this pilot exercise will also be important for reporting to the United Nations Framework Convention on Climate Change (UNFCCC) (first reporting is expected in 2020) and to the European Union over the use of Instrument for Pre-Accession Assistance (IPA) funds, of which about 20 per cent are anticipated to be used toward climate change adaptation expenditures.

Anila Çili is a consultant working to support Albania’s Ministry of Environment to integrate climate change adaptation into the medium-term budget process in response to a request submitted to the NAP Global Network’s Country Support Hub. Ms. Çili also recently facilitated a training workshop in Jamaica for budget, policy and planning officers on budgeting for climate change adaptation—a summary and presentations from this event are available here.